This article describes the fighter, not an actual NPC vessel. For the NPC with the same model, see Bruiser.

The A - Bruiser is an Alien-themed Fighter that spawns in the Annihilator.

The A - Bruiser is a small, powerful fighter that is spawned in the Annihilator based off the Bruiser.

The A-Bruiser has an identical appearance to the Alien NPC ship Bruiser, but made moderately smaller.

The Interior is nonexistent and the pilot seat is instead, at the back of the fighter. 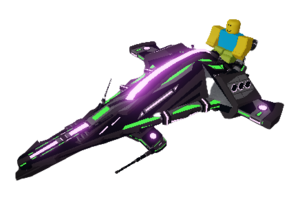