Artifacts are very rare items used as materials for powerful ships. They are normally found in areas that have ore fields. Currently, there are 3 Artifacts, but more could be added. They randomly spawn and only take 0.5 Cargo Hold each. Artifacts are currently used as part of ship building materials for special ships such as the Obliterator or Prototype X-1. Ships such as the X-7849 and X-4756 also used to spawn and drop artifacts as loot, but these ships' spawns are currently disabled.

Currently X-0 is the only ship that drops these.

Previously, the Ascension Crystal was used in a quest given by the Monogram in Aqueous II's asteroid belt. The Data Archive was used in a quest found on Myriad III's moon. They were also used to make special ships called "Artifact Ships," now known as "Advanced Ships" After an exploit for creating these ships came out, they were subsequently disabled and eventually re-added, but this time without the cost of Artifacts. Instead, their prices rose dramatically. However, recently, they were readded to the Mega Base's Terminal D's sales floor on a 3 ships per rotation basis. More information here. 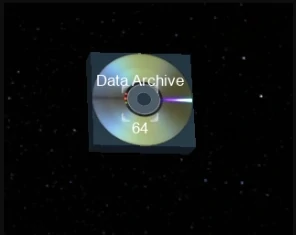 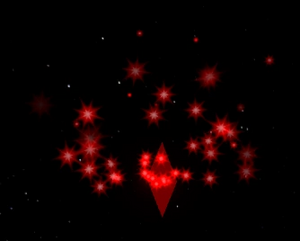