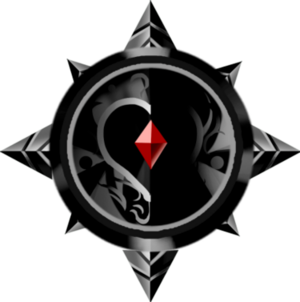 Once Kryuvian Members, the founders of Chaotic Unity rebelled against the once powerful Kryuvian Empire and forced the Kryuvian Empire into a state of abandonment, never to be seen again. The Chaotic Unity stands to serve as a mercenary group out to hire, but will be fierce in defending their allies, and accept everyone's cultures, even their enemies. Chaotic unity has 4 leaders of what is called the High Council, each Councilman having their own role to play in running the faction. SmokeyJoe38 controls Diplomacy, Shuoll controls the many War Fleets of CU, Xentheta controls CU Economy, and KasiusXIV controls Recruitment.

Chaotic Unity ships are constructed using advanced orb technology, as well as technology salvaged from the old Kryuvian Empire. Later disbanded by Xentheta, most members at this point were inactive.