Not to be confused with the Slarfie, the Kneall's peaceful counterpart. 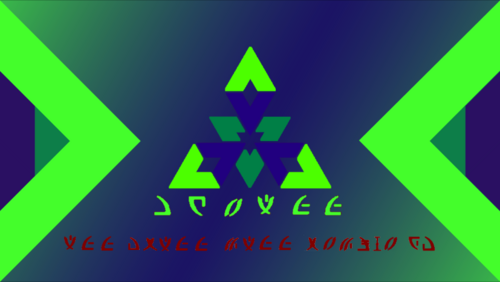 The Kneall are a vicious, warlike alien race and the ones behind the NPC alien ships we encounter in-game such as the Punisher or Decimator.

They are the race responsible for the current war with the U.N.E and the attempts to destroy Mega Base.

A past event called the Kneall Event features this race's advancing invasion towards U.N.E.

More information about their ships can be found at the page Aliens.

The Kneall are a hostile type 2 civilization that have taken control of roughly a third of the Milky Way galaxy. The Kneall first reached space outside their solar system during the human industrial revolution between the 1800's and 1900's. Over the past thousand years, developing races across the Milky Way have been exterminated by the growing Kneall armada and dozens of planets have been converted into factories for their war machines. In recent years, the increased human activity in space outside their own solar system, paired with their rapid development in new technologies, has led to frequent interactions with these hostile aliens. Today, human and Kneall forces regularly clash in open war as the expansion of human influence threatens Kneall supremacy.

As a side note, the Kneall have a much larger and stronger navy than human factions like the UNE and Osiris Legion. Humans have managed to fight back because of their defense pact with the Slarfie, persistence, and their strategic adaptability when under pressure. The Kneall armada is also rarely seen outside of Kneall space. Securing so much territory for their empire requires much of their navy to be spread thin across their empire, busy policing and fortifying their own systems to ensure they aren't vulnerable to attack. This leaves only small strike fleets for the Kneall to use for offensive purposes. (SHORTENED VERSION: Kneall should kill humans ez but they can't or else the game wouldn't exist so humans have plot armor lol)

The Kneall empire is not to be underestimated.