The Naga Wreck is an NPC that allows players to start the "Special Armor" quest.

The Naga Wreck is a wreck of the Battleship Naga found in the Mega Base that acts as the starting point for Quest 20223, "Special Armor," which allows players to acquire the item "Kraken Armor" required to build the Kraken.

The Items that the quest needs to build the Kraken Armor are the following:

The Naga Wreck is found under a tree which is under the catwalk of Terminal C inside the Mega Base.

It is also found in front of Smith and SAD-OS. 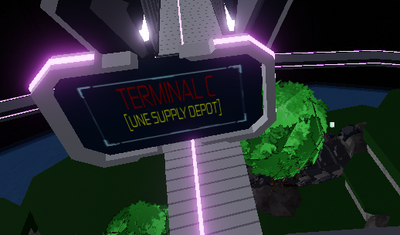 Where the quest giver is located.

When speaking with Naga again