The Nautilus is a unique Battleship added unexpectedly on April 5th, 2020.

An ancient Primordal vessel that was found derelict in space fully restored.

The Nautilus is an unexpected and powerful event ship added on April 5th, 2020. It is armed with its own unique Turrets called Enclaves, which float above and below their mounts on the ship.

This Battleship excels at being a good support ship for Fleets, Sieging. and Diving, with balanced Hull and Shield for tanking, powerful Laser Turrets for shredding Shields, and having long range cannons for Sieging.

The Nautilus is small, flat Battleship that has an organic, aquatic look, has design traits with similar to the Zillavik and has 4 Triangle-shaped turrets orbiting it.

The Interior starts with a cylinder shaped teleporter, which leads into a small room. The small room contains a seat and a circular computer and screen in front, with similar coloring to the outside. 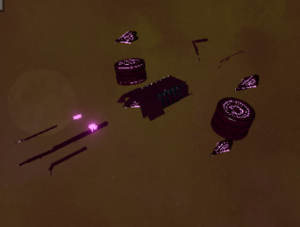 Nautilus when it's model was archived. 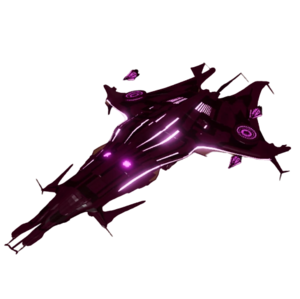