Neiryx is an Alien NPC that allows players to start the "Advanced Systems" quest.

Neiryx is an Alien Slarfie NPC found in the Mega Base that acts as the starting point for quest 20222, "Advanced Systems," which allows players to acquire the item "Advanced Systems" required to build the Kraken and Borealis.

The Items that the quest needs to build the Advanced Systems are the following:

Neiryx is found reading a book called "No Comment, a Guide to Building Suspense" in the Terminal A [Library] inside the Mega Base. 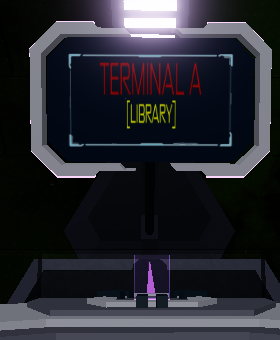 Player: Sorry, do you know about Advaned Systems?

Player: Seriously, can you please tell me how?

Player: I just want to know.

Neiryx: Fine, i'll make one for you. It needs a Quantum Core, two powerful data processors, two crystals with specific and unique properties, and two shards of antimatter. Come back when you have it.

When speaking with Neiryx again,

Player: Alright, can you build it now?

Neiryx: Fine. I built it. Here.

if player has the required items, they receive the item "Advanced Systems" as a reward.