The obamasphere is a Miner with no mining lasers from the Fourth of July 2021 event.

A sphere with multiple patches of Obama's face on it. The exterior is non-collidable. The quest giver for the obamasphere was found in the top half of Terminal A of the Mega Base, where it asked players for 5000 credits to complete a vague quest.

The obamasphere has a small plank with a seat on the inside. This is very similar to other spherical ships such as the Snowball.

On July 7th, 2021, the obamasphere was changed to a miner and given 6500 ore hold by SuperChip15. This resulted in the obamasphere being worth 300k and having an extreme nuke, approximately the nuke of the Galaxy. At 1:09 PM Eastern time, two obamaspheres were nuked in a private server, not knowing the explosion radius and damage. An E Class, a Weapon of Mass Destruction, and an Icebreaker were destroyed by the explosion. 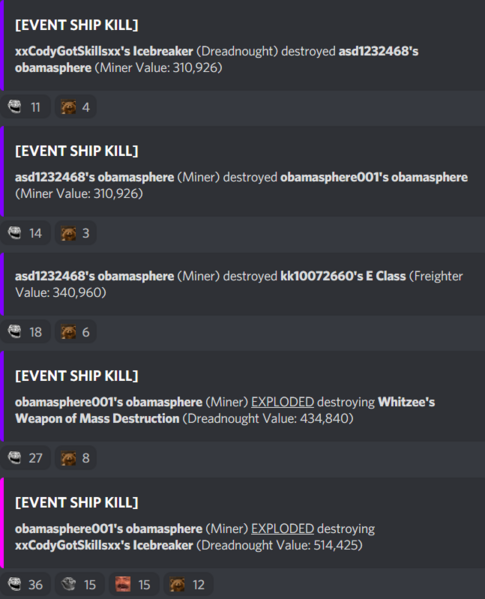