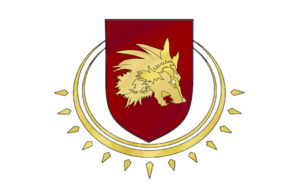 The Holy Kryuvian Empire was originally founded as "Delicate Chaos" on March 27th, 2017 by the current leader, Falloria.

Delicate Chaos for the longest time has always revolved around Falloria leading fleets to take over servers, due to Falloria being an ex-captain of the Irellus Empire, a military group outside of Galaxy, the group adopted the battle cry "THE RENT IS TOO DANG HIGH!!!".

Kryuvia is run as an absolute monarchy; there are no High Ranks or Second in Command. The leader withholds power over all aspects of the group and has the last word on everything. Due to this, the leader takes responsibility on leading the entire group rather than distributing power. Sometime in early 2019, Delicate Chaos was renamed to The Holy Kryuvian Empire, which also involved votes to change/decide on many aspects of the group, including style, clothes, events and more. Members also voted to maintain the structure of an absolute monarchy, which has worked flawlessly so far as there is no HR drama or corruption.

Kryuvian Ships are typically white, sometimes with yellow/gold trims. They often use floating parts as turret platforms to efficiently eliminate blindspots, and use sleek, thin designs to evade a small percentage of turret fire. (The Andromeda is the only in-game ship related to Kryuvian style)

Future Kryuvian ships are canceled due to lack of motivation and Falloria receiving her tools to create them very late when she wasn't motivated as she was before.

As of 07/17/2019 Falloria announced leaving galaxy, and giving everyone a chance to prove to her that they could take over the group to carry on the name.

As of 9/11/2019 The Holy Kryuvian Empire has come to a shutdown officially by Falloria as there were no one else to carry on the group. The Discord Server has been deleted as well.