The Vanguard is a mid-size and speedy Battleship/Dreadnought-Carrier hybrid.

A Carrier designed specifically for taking on larger ships and harassing miners.

The Vanguard is a very compact Carrier and the smallest in the game. It has low Turret and Fighter firepower and is commonly used as a support Carrier. The outside appears very armored, but it has rather low health for a Carrier-class ship.

When you enter the ship through the right hangar, there will be a command room to the right. Inside the command room, there is a pilot seat and some control panels. 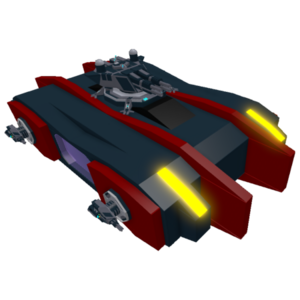