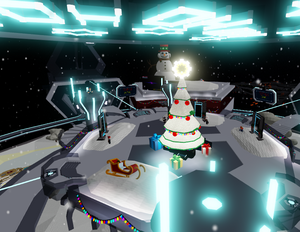 Mega Base during the event.

Note: the quest for obtaining Gift was removed.