The Hevnetier is a fairly large Carrier made by the Slarfie with a focus on Turrets and it's special Battleship-like Fighter.

The final military project of the Slarfie race. The paladin and the hunter, the shield and the spear, united in blood forever.

The Hevnetier is a large Carrier that is fairly mobile for its size. There are two empty hangars to the left and right of the ship. The front of the ship contains its Battleship-like fighter, the Elanis 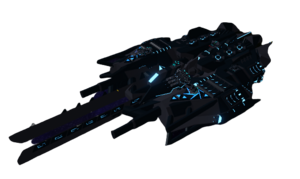 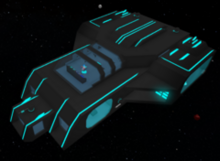