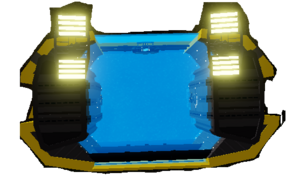 The M Class is a very specialized Miner and physically one of the largest ships in Galaxy.

The M Class is a very large Miner that was added in .60d. It comes equipped with 2 of its unique M Class Mining Lasers, 6000 Ore Hold, and 400 Cargo Hold. It has a high amount of Hull but a low amount of Shields, making it vulnerable to Pirates. It also moves quite slowly when not in Warp. It takes a minimum of 157 seconds to fill up its hold. It is very easy to obtain the Orca with this miner. 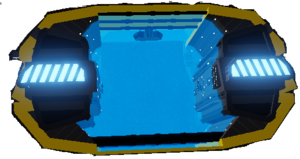 Xeiron Industries' Miner Class is a powerful ship capable of engulfing entire ores to pick them apart within its central crucible.